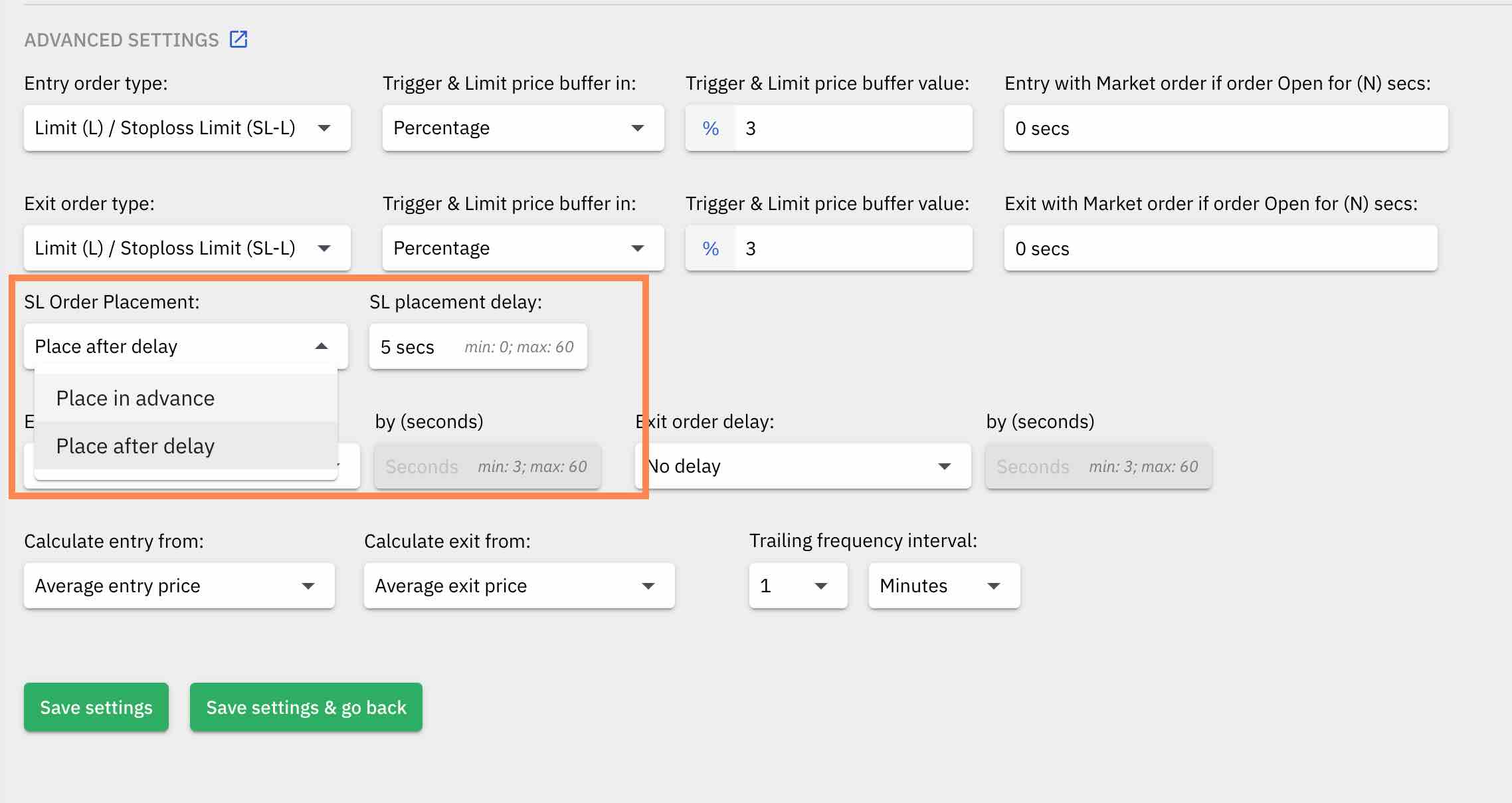 This functionality allows the Stoploss orders to be placed at the time the SL hits, along with a delay if required.

Use case:
This functionality delays the placement of stoploss exit orders after the stoploss is hit, saving the order from getting executed in case of a price spike, wherein the price doesn’t continue to move in the direction of the stoploss, but just spikes up to the stoploss price and reverses. This feature can be helpful mainly on Thursdays where gamma is high and price spikes occur frequently.

How does it work?

First of all, if the Place order after delay option is selected, the stoploss order is not placed in advance.

This is the default setting, where the algo places the SL orders as soon as an entry is taken in a particular leg. Hence, the stoploss order for squaring off the open position is placed in advance, well before the actual stoploss is hit.

This setting is configured in terms of number of seconds, after which the algo will re-check the SL condition. If the SL condition is fulfilled after ’N’ seconds as sepcificed by the user, the stoploss square off order will be shot out.